The first school established in Plains was a two room wooden structure, built on the hill in the south part of Plains. Later two more rooms were added, making the building in the shape of a cross. Mr. Hanley was the first teacher in 1907, and had about thirty-eight pupils. As far as can be ascertained the first graduating class was in 1922. Basketball and baseball were the sports played, and Edna Criswell (Blankenship) was their cheerleader. Edna wore a waist and black bloomers. A herd of wild donkeys ran loose on the town section, and each noon they came to eat the student’s lunch scraps. After lunch the students had a "rodeo" riding the donkeys. The holding tank at the windmill would run over and in the wintertime this would form thick ice down the hill making an ice rink for the students to skate. 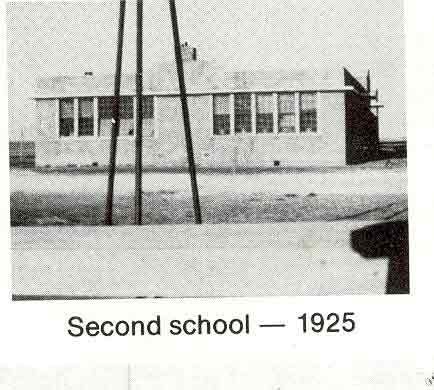 The second school building was of stucco, built in 1925 in the same location as the present Junior High School. This square building contained six rooms and an auditorium. The building had a flat roof and everyone called it "The Alamo", and many battles of the books were won and lost. It had outdoor plumbing and pot bellied stoves that burned coal. At one time school funds were so exhausted there was no money for coal, so they burned corn and cow chips. Later butane stoves were installed. Tennis and basketball courts were built. The high school boys carried caliche and covered the courts, and the players all had skinned knees and elbows.

Center Point, Glen Park, Liberty, Moreland and Turner were country schools operating during the early 1900's, and in the early 1930's these schools combined to form Plains Rural School District. Warner Hayhurst was the Principal-Superintendent, and coached the first unofficial football game in 1936. The final score was Brownfield 6 - Plains O.

A string orchestra -, our first band, was organized in 1936 by Miss Afton Morris, who also organized a girls glee club. Both organizations performed in many programs in the school and community.

In 1937 the first Pep Squad was organized with Louise Cheek (Goehry) and Billie Johnson as leaders. The school colors of "Black and Gold!' were selected and the "Cowboys" as the mascot. The first football game for the cowboys was played at Meadow resulting in a score of Meadow 12 - Plains 2. The next year Troy Marshall joined Billie and Louise as cheerleaders.

The first school bus Plains had was a 1930 or 1932 International. Later Mr. Hayhurst and the high school boys built a bus on a flat bed Ford truck with two-by-fours and one-by-sixes. There were wooden seats along each side and a bench seat down the center of the bus for the younger students to sit on. The "windows" were cut out of the sides of the bus that let down hinges. When the weather was bad there was no way to see outside. The roads were not paved so this proved to really be rough riding. 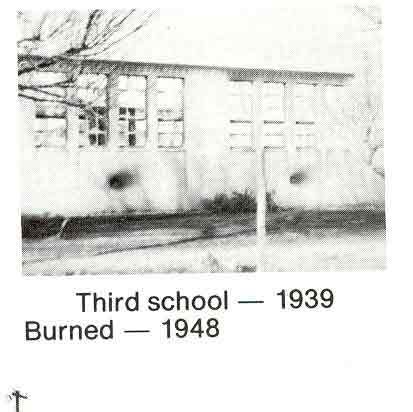 H. W. Taylor came as Superintendent in 1938 and by that time oil development in the County increased the enrolment and a larger building was necessary. This modern building was completed in 1939, and was of the same Spanish architectural design as the present Junior High, white brick with red tile roof. A white rail fence was built around the building. The gymnasium was one of the greatest delights for the students after playing on outdoor courts. This building burned in 1948. Roy Elliott was superintendent from 1939 until 1949. Don Terry came to Plains as the first official Band Director in 1941. Mr. Terry, and Mr. Frank Ferrall, business teacher later resigned to go into different branches of the Armed Forces. Both were killed in action in W.W. II. A Street in Plains was later named for Mr. Ferrell. Mrs. Shelby Jobes succeeded Mr. Terry as Band Director and later wrote the school song "Dear Old Plains High". The first school Annual was published in 1943. Although the school copies were destroyed in the fire in 1948, several copies remain in the Community. 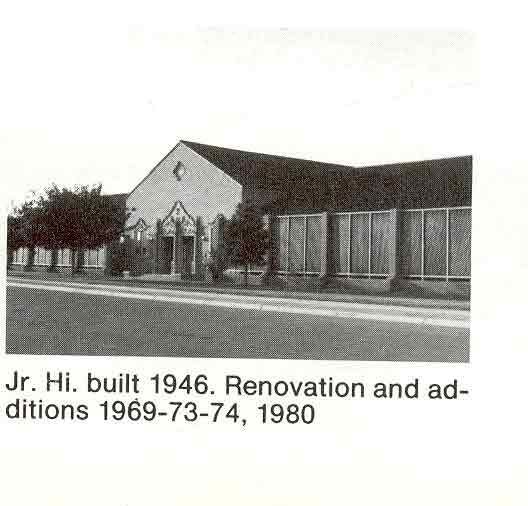 The Junior High building was completed in 1946 and, after the High School building burned, high school students attended classes in the new Junior High building until the new high school building was completed in 1949. James A. Ellis came as Superintendent that year and stayed until 1951 when Gerald D. Kennedy came, and served until 1973. Many improvements were accomplished with the building of the present high school, elementary, auditorium, gymnasium, agricultural building and administration building. The auditorium was dedicated as the G.D. Kennedy Auditorium.

Schools. A dynamite explosion in the city caused extensive damage to the school property, and the elementary building was completed. During the fall of that year Connie Goad, girls’ basketball coach, and Louise Cheek Goehry planned and formed the Plains Ex-Students Association. The greatest change came in February 1953 when legal proceedings began to change Plains Rural School District to "Plains Independent School District." Besides the individual trophies and medals that have been won, the Cowboy football team has won eleven District Championships, Four Bi-Districts, Three Regional and one State Quarter Finals. The Cowgirls volleyball team won State ten consecutive years from 1962 to 1971, and they have twenty-three District Championships. The Cowgirls basketball team has one District, and one Bi-District win to their credit. The Cowboys basketball team has won six-Districts; two Bi-Districts; one Regional and one State Runner-up. The Cowboy marching band has won State three consecutive years. 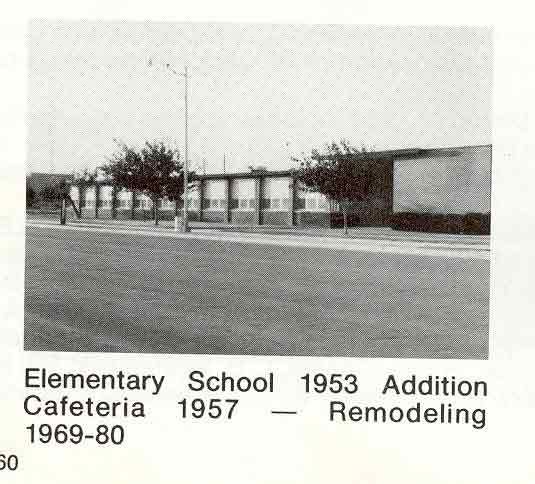 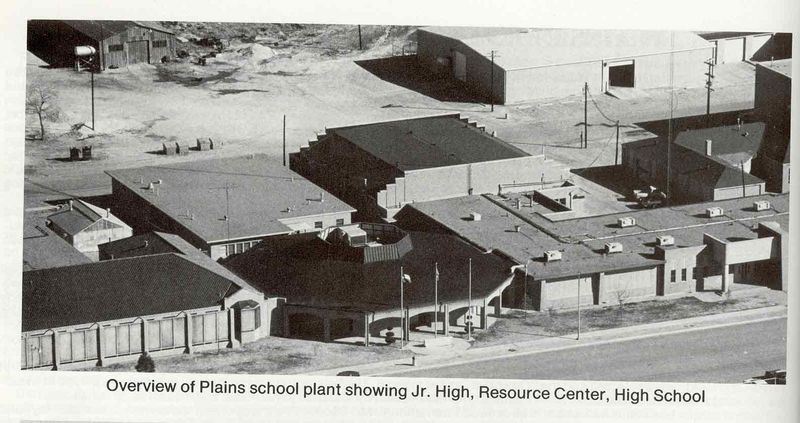 From 1973 until 1980 Mr. Roy Dodds served as Superintendent. During his administration much was accomplished with construction of a resource center, swimming pool, gymnasium, bus barn and an extensive renovation of all schools. The resource center was named in his honor in 1980. Mr. Dean Andrews has been Superintendent since 1980; new construction completed in 1982 included a band hall, a large addition to the existing field house, a V.E.H. classroom, and further addition to the bus barn. Plains has, for the money invested, one of the best and most serviceable school plants in the area and has a value in excess of $7,000,000,000.